Igor Shuvalov had a look around the enterprise production facilities and the yard`s objects under construction. In the hull production shop he saw the production process of sections for the future vessels, including for the Aframax tankers. 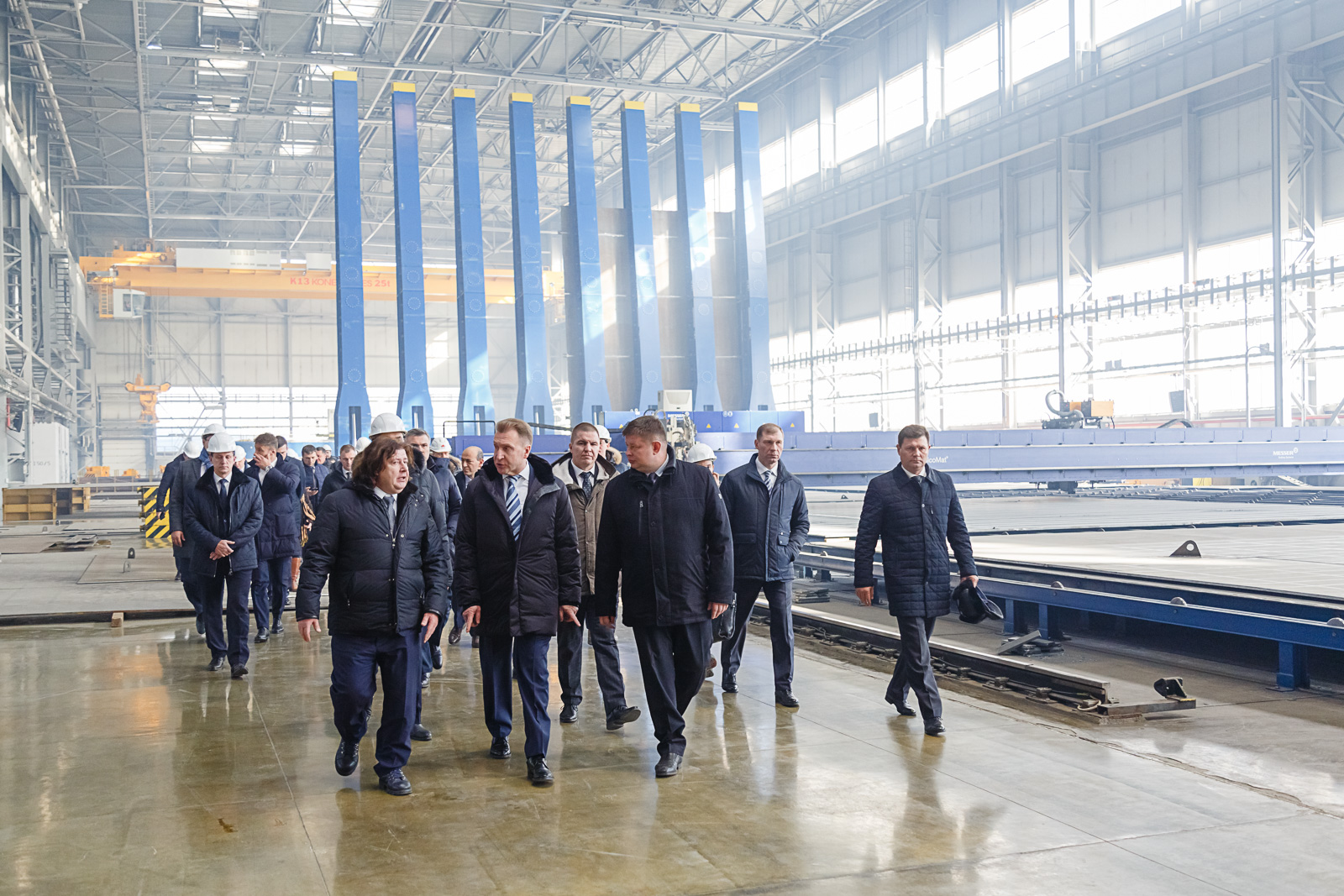 To recap, within the framework of the Eastern Economic Forum VEB team, Rosneft, Zvezda shipyard and Sovcomflot signed a number of contracts for the construction of two Aframax oil tankers and their further long-term chartering. At the end of October, 2018 VEB Steering committee made a decision to approve the transaction.

“By supporting this field of industry, many adjacent industrial spheres will have progressive developing impact, this task is one of the key deliverables of the VEB team as the Development Institute.

Currently, VEB RF has eight projects under consideration, all of them are aimed at development of the shipbuilding complex in Primorsky krai; potential stake amount of VEB RF is more than 200 billion rubles. Launching the project will bring additional tax payments, will create new working places and will improve the life quality”, – stressed Igor Shuvalov, Chairman of VEB RF.

VEB team also visited the construction site of residential buildings for the future employees of Zvezda shipyard in Bolshoy Kamen. Two buildings, 68 apartments each, were commissioned and already inhabited. A residential quarter is being built in the Sixth micro district, tendering procedures were conducted and the Contractor was chosen for the construction of residential buildings in two other micro districts. Totally 5 thousand apartments are planned to be built up to 2023, that will fully cover the residential needs of the employees. The possibility of expanding the participation of the Far East Development Fund (FEDF, VEB Group) in housing construction projects aimed at providing apartments for Zvezda employees is being considered. FEDF together with the DOM.RF finances the construction in the Primorsky krai on behalf of the President of Russia.